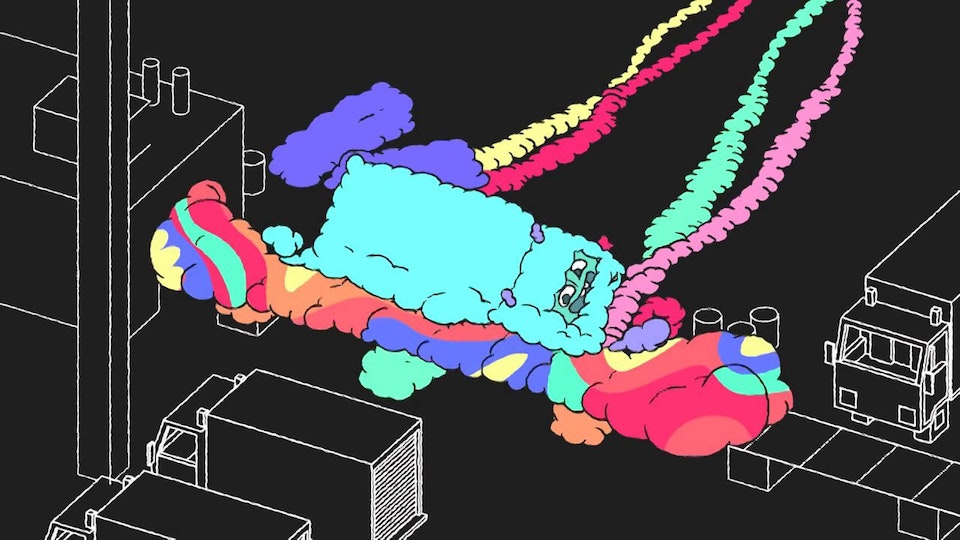 Binary’s G.O.D takes a depressing look at life in a fictional factory world of geometric precision – under the scrutinising gaze of a militant foreman – before spectacularly turning the whole scene on its head in an exuberant wash of vibrant colour.

The video has been screened at a number of different festivals across the world and also won best music video at Sehsuchte Festival 2013.